The art of watching films with my father. 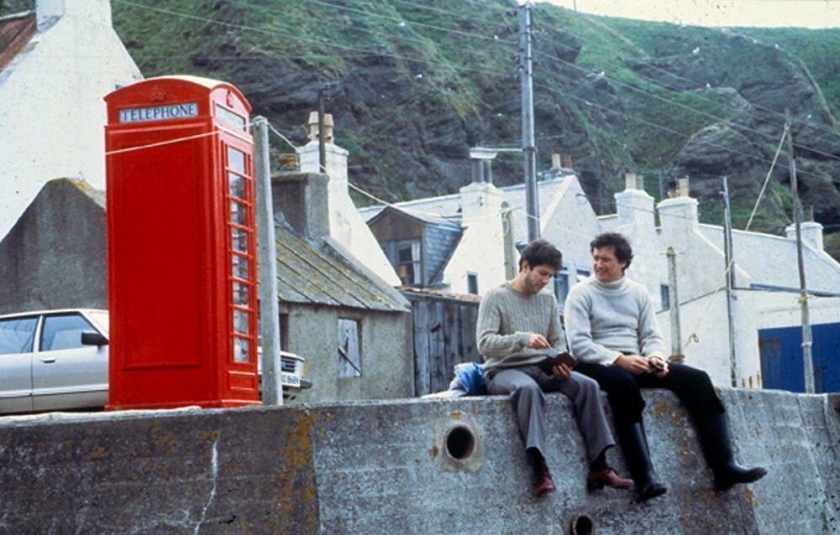 My introduction to collective family film viewing came when we got our first Betamax video player in 1983. The excitement of that moment, and the first few trips to the tiny local video shop were orchestrated by my dad.

I think they only had about ten titles in that shop, most of which were either video nasties or martial arts films. Every Saturday night, me and my brothers would go to the video shop with him to choose a couple of videos, then Dad would go to the petrol station for chocolate. We’d all sit down in the living room, except for mum who wanted to finish the dishes first. We’d wait a bit, then someone would fetch her and she’d grudgingly sit down still clutching a tea towel. We’d start the video, and she’d last about 10 minutes before disappearing again to make a brew. This pattern repeated itself every time. I don’t think I watched an entire film with mum until I was in my teens. Finally she was able to sit down long enough.

The first trip to the cinema I can properly remember was to see a re-release of ET with my dad when I was about eight. This memory is vivid. My parents had separated by then, they might have even been divorced. My dad lived near Wakefield in a grotty little back to back that smelt of damp. I hated spending time there, so on my day or weekend with him we’d spend a lot of time in the Ridings shopping centre in Wakefield. One time he said we could go to see a film. It was only my second ever cinema visit. I remember excitedly ringing my mum from a pay phone to ask permission to stay out later (my parents didn’t speak to each other at that time.)

I was utterly mesmerised by the film, and equally upset by it. My floods of tears worried my dad, but it was raw emotion based on that all encompassing experience of getting lost in a film so large and vivid on that giant screen.

I think that might be the only time I’ve ever been to the cinema with my dad, but it’s not the last time we’ve tried to watch a film together. As I got older, I educated myself in film and formed opinions about various aspects of cinema. Often, I’ve shared those thoughts with him, to varying degrees of success. At this point I need to stress that my dad is usually unwavering in his views on most things. One of his clearest mantras is that there hasn’t been a truly decent film since Burt Lancaster died.

We have talked about films over the years. Often we’ll comment on a film we’ve both seen, usually French or Italian, but the conversation will shift back to the same point he always makes, nothing is as good as Burt’s films. When dad had a stroke about 10 years ago, I sent him DVDs to keep him occupied during his enforced bed rest, but none of them really made the grade for him.

The thing is, I don’t mind. I wouldn’t expect anything else from him. The biggest reason for accepting his steadfast opinion on Burt Lancaster is that my dad, and his unwavering admiration of him, introduced me to one of my favourite films, Local Hero. That film is also my dad’s absolute favourite.

Local Hero (Bill Forsyth, 1983) is a gentle comedy with so many layers I don’t know where to start. Burt Lancaster plays a Texas oil baron who sends employee MacIntyre (Peter Riegart) to a remote Scottish fishing village to negotiate a deal with the locals to buy it and build an oil refinery. This is a film full of surprises. It’s so beautiful to look at, and the acting is impeccable across the board.

Dad ‘made’ me watch it when I was in my early teens. I’d already seen and loved Forsyth’s Gregory’s Girl before watching Local Hero. The latter cemented my view that he is a uniquely engaging filmmaker. I’ve gone on to appreciate other films in his back catalogue, and study him and his work over many years.

Dad and I have watched Local Hero together so many times I’ve lost count. I’ve watched it repeatedly on my own too. Each time I watch it I get goosebumps, it’s so brilliant. But each time I also think of my dad. We don’t have the steadiest of relationships, but that common interest has been our bond over the years, our anchor, and a way of communicating when other channels are blocked. Films can do that, they can build bridges between people. This particular one is our common ground.

Our relationship is complex, there are so many things we disagree on and often he has infuriated me with his belligerence, but I will always be grateful for him sharing his love of that film with me. I suspect part of my devotion to it is that I feel connected to my dad when I watch it. Even though I know other great films have actually been made since then, I grudgingly agree that if you take Local Hero as the example, he does have a point about Burt Lancaster.